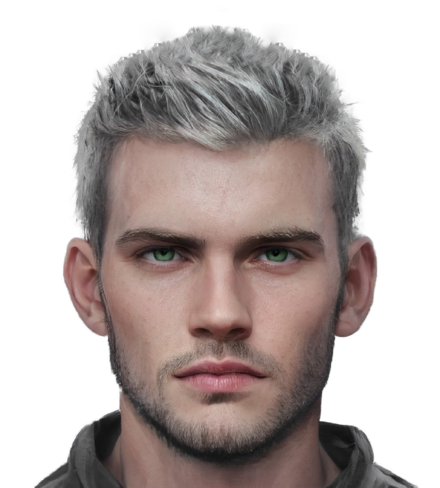 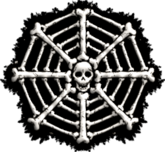 Tony's hair had begun to grey in his teens before he'd made his bargain, but his resurrection completed the transition. Now at 35 he still appears too young for it, but it pairs well with his green eyes. He's often seen with stubble but tends to shave before it grows all the way into a beard, but is never clean-shaven for long. He's about 5'10, 150 pounds, athletically built but not muscular. He doesn't have a lot of concern for style, favoring practical clothes and accessories that fit the occasion and rigors of his environment, whether that's shorts and a polo or a suit and tie.

A piercing sense of isolation, loss, and abandonment. When was the last time you spoke to a loved one? What if you never saw them again? What if you went to them and they were gone? You might feel like you've seen them for the last time. Even if they're present, there's a sense of tragic finality, as if they've already left and you're simply watching your final moments together, helpless to change the outcome. If you have no loved ones, then perhaps you feel as though you could die and nobody would notice or care.

"People don’t understand the word ruthless. They think it means “mean”. It’s not about being mean. It’s about seeing the bright, clear line that leads from A to B. The line that goes from motive to means. Beginning to end. 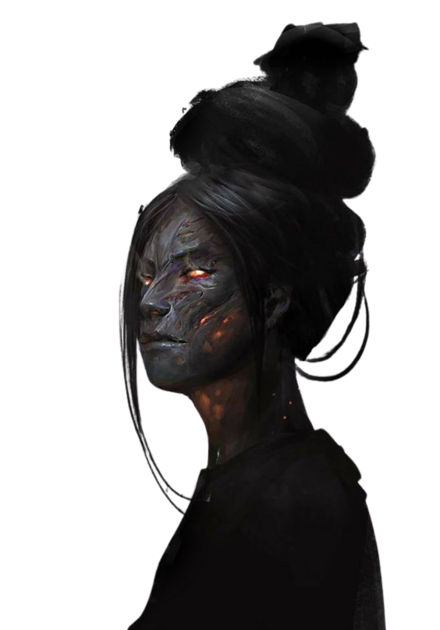 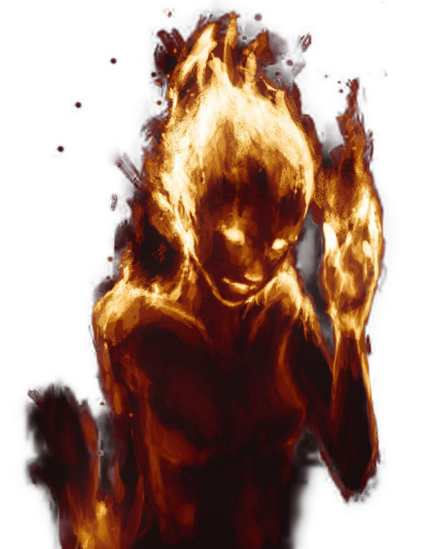 Ash and Flames has the shape of a woman, but is composed merely of ashes and flames. This appearance can vary slightly, at some times she is more distinct, facial features, clothing, and hair composed of ash while flames alight her from within and embers glow where her eyes should be. Other times, she presents as merely a sillhouette of a woman composed of flames, ashes and embers incidentally roiling within her figure. These comprise either end of an axis from ash to flame, and the hotter her temper, the more her figure is given to flaming volatility.

Tony is a member of the Obol Society, and has been for a long time. He has extensive experience navigating the Underworld and surviving its perils. He's been known to work as a guide, but seems to have his own reasons to explore the place.

Tony has a way of restoring lost and broken things long enough to recover those important documents on "your" burnt-out husk of a laptop. He could transcribe that manuscript which spent 20 years in a waterlogged basement. Maybe all you've got is a picture of the thing you need, he can procure a replica piece that ought to do the job in a pinch. The Bound know they can come to him when that kind of knack is handy to have. He runs a Data Recovery business through a P.O. box where the public at large can send him broken hard drives to recover the data trapped within.

"What leaves a trail of slime of that size?"

The Bound of New York know that Tony can help you figure out what's going on, especially if it involves weird, inexplicable stuff that's difficult to talk about with a straight face. Don't expect Sherlock Holmes, he's just been around the block enough times to recognize the sort of things the Bound are likely to encounter.

When you need control over the environment, Tony is one of the best to have at your side. 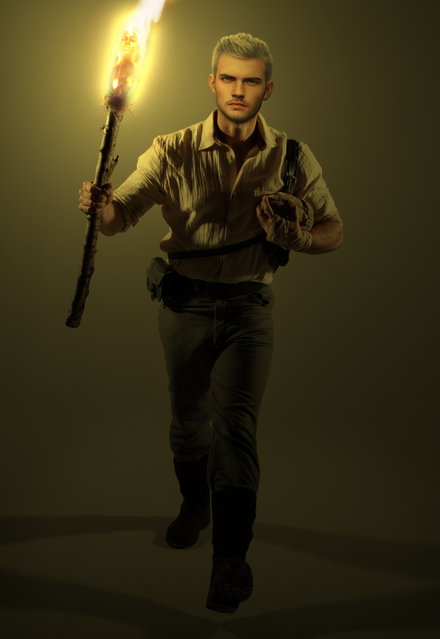