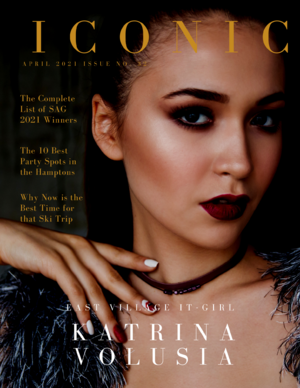 The ever-popular socialite know as Katrina Volusia that has dominated all of the gossip rags for the last six months has suddenly become utterly reclusive. Even her close friends claim that while they've heard from her, they haven't been invited over, nor has she accepted any of their (many) invitations.

From her profile in Iconic magazine, a self-congratulatory rag that covers the affairs of New York socialites:

Katrina Volusia is the daughter of celebrated Broadway costume designer Magda Volusia, who immigrated from Poland as a young seamstress, and met Joseph Volusia, a carpenter and, eventually, set designer.

Together, the pair took Off-Broadway by storm with their eye-catching and unconventional scenery and wardrobes, and became highly sought after, ascending the ranks into the upper echelon of New York's theatrical society.

Though only 20 years old, Katrina has long been considered a rising starlet, having starred in several Off and On-Broadway productions, beginning as a child with turns as Matilda in Matilda and Young Cosette in Les Mes, and several appearances on Law & Order.

Despite her serious and growing acting credentials, it's her ubiquitous presence as a socialite on the scene for which she mostly seems to be known for. Thus far, she's eschewed scandals, other than the occasional bikini photograph or sip of a beer posted to someone's Instagram, but what's certain: if it's the place to be, she's there.

Except the past few weeks, and it's all the more curious as this is the publication month of her Iconic cover feature.