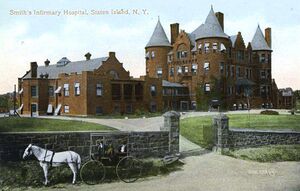 The Staten Island Castle
The Chapterhouse of the local Ordo Dracul. A Wyrm's Nest, formerly the Haven of a Dragon from before The Purge. After the reclaiming of New York, the Dragons rediscovered the location and, with time, mastered its eccentricities. Eli Dupree has claimed the Wyrm's Nest and turned it into a Chapterhouse, open to the Dragons of New York, and only them.

The lot would appear to almost anyone only to be an empty field of grass, surrounded by high vegetation and littered with some rubble, nestled in the hills of a Staten Island suburb. Members of the Ordo have been given a key which will allow them to enter the somewhat chaotic interior of the Castle, which Eli is still working to stabilize.

Through means few even within the Ordo understand, the Staten Island Castle exists as a sort of pocket dimension. Time passes normally, but the rooms of the castle can shift and change, recalling their former glory as an early 1900's medical facility, but sometimes shift to reflect their latter years as a decrepit apartment complex, or an alternate present as a museum.

Needless to say, while the Chapterhouse is intriguing and secure, it still possesses some amount of danger. Eli has relocated his laboratory to the Chapterhouse and can often be found there, and something about his understanding of the location makes it safer to navigate for others in his presence. 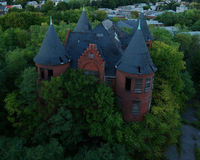 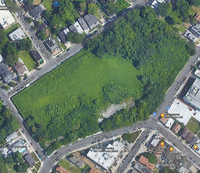