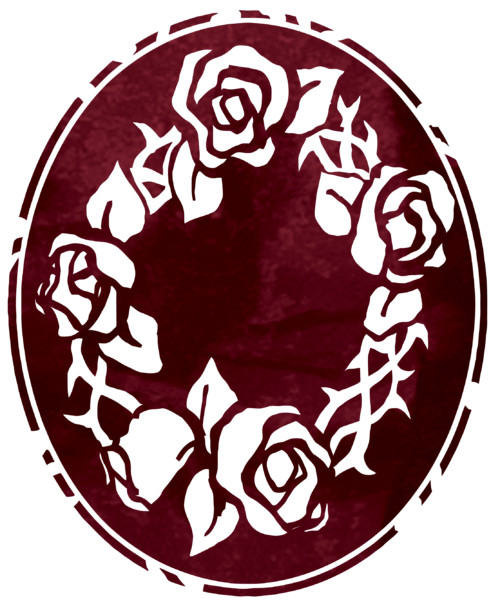 Interactions with the Danse:
To the Spina, courtesy isn’t bone deep, it is in the very blood that makes them who they are, what they are. Born out of knightly traditions in the 14th century, specifically the Order of the Thorned Wreath, the Spina were a group of Deave so devoted to courteous and orderly combat and conduct within the Invictus that their blood came to reflect this nature and propagated it amongst their order.

Over the years the spina have spread so that not entirely all are knights, or even all are members of the invictus, though all remember the ways of courtoisie and espouse the need for polite and courteous conduct in a harsh and savage world. While still prone to some of the excesses of their parent clan, they do so in a way that is always with an air of proper politeness.

Politeness and courtesy is a shield to them from which they hold fast against the beast, and loss of control, however, it is also a double edged sword, for they have cleaved so closely to courtesy that rudeness itself becomes a focus of their beast's ire. And to see a Spina willfully being rude is a rare sight indeed, as such requires intense force of will to suppress one's inner sense of conduct.

The spina are so in tune with their sense of propriety and the value of conduct and the spoken word in general, that many legends have arisen about them. It is said that they will, when able, give warning before fighting, in order to give their opponent time to prepare and likewise often make clear their intent before striking. Strangely enough there are some stories of spina who have been known to best foes by simply talking to them over a game of chess.

It is impolite to visit someone without first giving notice of your intentions. How much more, then, should etiquette require of a visitation with the intention to destroy someone? The blood of the Spina recognizes this need for protocol, and gives the Kindred a bonus if he announces his violent intentions in advance.

The Spina must announce his intention for his next turn prior to the opponent in question taking her Instant action, thereby giving her time to respond. The intention must be described accurately and in some detail, but need not be intended to deal damage: “I’m going to cut those gauche buttons right off your jacket,” is as acceptable as, "I'm going to drive this stake through your black, shriveled heart."


The Spina then removes penalties to attack rolls equal to their dots in Majesty. Clarity of Intention can never grant a bonus. If the Spina is facing a –4 penalty due to wounds and weather and he has Majesty 5, he gets to roll his full dice pool on his next attack but does not get a +1 bonus from the “spill-over”. This power never allows a character to roll more dice than his dice pool otherwise calls for.


If the Spina fails to do what they have declared they are going to do, or do not do it as their first action at the start of combat, they lose 10-again quality on every subsequent action until they have attempted to do what they set out to do.


The character may not attack by surprise (such as from Obfuscate) and retain the bonuses gained from this power; his opponent must be aware of both his presence and his intent. He may give fair warning to a number of individuals equal to his Celerity dots.

Many Kindred, particularly outside the Invictus, fail to appreciate the importance of courtesy. They throw their weight around, using threats or the powers of their blood to get their way rather than interacting with others in a polite and civilized fashion. Unfortunately, such behavior meets with little success when levied against a Spina.

Given that the Spina respond best to polite conversation, while subversive, aggressive, impolite attempts at conversation are anathema to the Spina, the Spina adds doors equal to their dots in majesty upon purchasing this devotion.

The vampire demands an apology in response to an insult. If the victim refuses, she can make a literally cutting remark at his expense. This Devotion is the most notorious in the bloodline’s arsenal, and it’s one of many reasons the Knights have retained their position in the Invictus.

The Spina show no mercy to their foes, on and off the field of battle. A Knight knows their words must strike hard, fast and can use their wit to humiliate incompetent rivals.