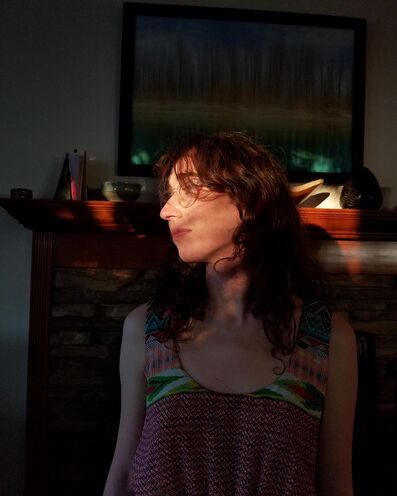 ♟Transplant♟ The thick southern draw is a dead give away that Roux isn't a New York native. However even if they have never spoken to you the way they move awkwardly through the city crowds or how they often stop to stare at the various sites and locales of the city mark them as a seemingly eternal outsider. Hailing from northern Georgia, they have a lot of the mannerisms you would expect from a southern. They are often overly polite, and quick to offer a helping hand.

♟College♟ A student of Columbia University, Roux is specializing in the pharmaceutical uses of psychoactive mushrooms and plants, specifically their use in the treatment of PTSD and other traumatic disorders. They have just started on their education but they are already showing incredible progress in their studies and are an outstanding student. If only money wasn't so tight.

♟Proudly Queer♟ Its not uncommon to see Roux with a either a Non-Binary or Trans flag pinned to their clothes, some times both. They wear their queerness on their sleeve and are fairly open with any who might be interested enough to ask about. While they might not be found in too many clubs or parties, they hover around the more tame and quiet queer events regularly.

♟Night Time Jogger♟ Late night jogging is a regular pastime for the young college student. Luckily Roux hasn't found a dead body yet... Perhaps you yourself are out for a late night jog yourself? Or are you doing something more nefarious that it would be really inconvenient if someone was to show up?

♟High End Psychedelics♟ Are you looking to take a journey? Roux doesn't deal in those weak shrooms your cousin picked up at a concert one time. Roux has carefully cultivated extremely potent mushrooms, and the price tag on them reflects as well. Are you one of the high end clients they have picked up? Maybe you heard about Roux and are reaching out to see if you can afford what they have to offer?

♟Tribulation Brings Enlightenment♟ Roux has been an atheist since they were a child, they have devoted their lives to scientific pursuits. However recently there has been a massive change in their demeanor. Now they are seeking out religious experiences as well as information about a Goddess everyone in the world seems to have forgotten. Do you have an experience you would like to share? Are you worried about this sudden change in who Roux is?

Leave a Quote Below