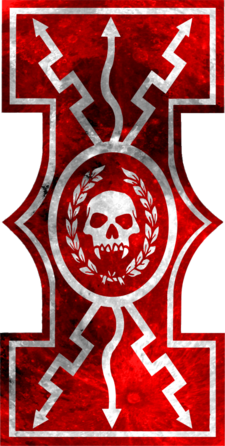 First: the Masquerade, Then: Everything Else

The First Estate cherishes and protects the Masquerade. No failure, no incomplete plan, no misstep can bring ruin to the Invictus so long as they have the shield of the Masquerade. It is the wall around their city of secrecy. Within its protection, all other concerns can be managed and recovered with time, patience and ingenuity. As long as the Invictus have the cover of mortal ignorance, they can carry out all their other works with some measure of confidence.

It is not Damnation that makes a vampire immortal, that much has been proven countless times throughout history. It is not perfection that makes the covenant unconquerable; no vampire is perfect. It is the beating heart of immortality in the deceptive flesh of the Masquerade that together enable the Kindred of the Invictus to endure for eternity.

The Purpose of Power is Power

Other covenants see power as a means to an end. The Invictus sees power as an end in itself. This, they believe, makes them Unconquered; for while other Kindred may squander their power chasing some idealistic goal, the First Estate remains focused on acquiring more influence for itself. Find another vampire’s goals, and help her to achieve them — in exchange for whatever power she can give you. She becomes less able to achieve future goals — unless she asks your help and places herself even further in your power.

Power is not for everyone. Most people lack the temperament to wield power effectively. Indeed, most people don’t have time to assume leadership. They are too busy with their own lives (or unlives) to study an issue, ponder the options and make a good decision. So why ask them to? They are better off letting professional leaders handle the Big Picture.

Sometimes, people say they want a share of power and responsibility in running society. More often than not, the Invictus says, they really mean they want assurance that their leaders will look after their interests. Pat them on the head, say you share their views and send them off to bed. Thus has it ever been, from Egyptian god-kings to corporate CEOs.

Rank Has Its Privileges

This Invictus does not believe people are the same. Therefore, they should not be treated the same, and they should not act the same. Kindred are not kine. Masters are not servants. The rich are not the poor. People should not pretend these differences don’t exist or don’t matter, any more than the lion should pretend he is a lamb. The power elite follows different rules than the commoners, because the power elite are different creatures — and because they can.

Some believe God ordered the world. Others believe in impersonal forces of nature. Either way, the world has an order, a right and proper way of doing things. Acting in consonance with that order brings success; any deviation from that order increases the risk of failure, chaos and destruction.

The chief duty of the Invictus is to keep everything and everyone in their proper places, fulfilling their own natural or divinely ordained role. The laborer must toil, the soldier must fight, the priest must preach, the certified public accountant must tot up figures, the kine must supply their blood to the Kindred and the Kindred must take it without letting the mortals know. And the Kindred must continue their Danse Macabre forever, never changing the steps — with the Invictus calling the tune. As is its proper place.

The facts of power never change, because people don’t change. The hopes, fears, follies and ambitions of the kine stay the same for centuries and millennia. That’s what Invictus elders say their experience teaches.

Since people don’t change — and the Kindred even less so — why should anything else? The First Estate’s elders have seen too many fads come and go; too many fate-of-the-world crises become historical footnotes, too many revelations and revolutions sputter and fail. Stick to the old and established customs, they say. Traditions became traditional because they must have worked for a long time. Odds are, they still work better than some newfangled reform.

Even in small things, therefore, the Invictus values tradition for its own sake. Any innovation will probably move the world further from its proper order, not closer. Rejecting tradition is vain at best — who are you, to think you know better than everyone who came before you?

The practice of patronage underlies many of the covenant’s practices. Many mortal societies have elements of patronage; so do the other covenants. The First Estate, however, consciously structures itself around the relationship of master to supplicant.

A patronage system works simply. A patron — someone with wealth and power — distributes largesse to people poorer and weaker than himself. In return, the recipients — the clients — do something to help the patron maintain and increase his wealth and power. This lets the patron distribute more largesse, and receive still more favors from his clients.

The patronage system would fall apart without trust between its participants. Clients must trust that their patrons will grant the favors they promise. Patrons must trust their clients to show loyalty and perform services in return. Both sides must believe that betraying trust will bring swift retribution. Modern mortals have all the machinery of law and government to enforce their contracts; the undead, alas, cannot take the Daeva Primogen to court for breaking his promise to award hunting rights at the latest rave.

So, reputation matters a great deal to the Invictus. The mortal world codifies reputation as credit reports, criminal records (or their lack), resumés and other documents. The Kindred use older terms such as honor and face. No vampire can ever completely trust another, but the First Estate consciously tries to discourage treachery among its members.

Relations with Other Covenants

Nowhere is the division of church and state sharper and more awkward than between the Invictus and the Lancea Sanctum. Some Damned say the Camarilla fractured because its spiritually inclined members, those who had been overwhelmed by an irrational devotion to Longinus, no longer felt that the organization’s secular wings had anything to offer them. The most arrogant amid the Lancea Sanctum (or the proto-covenant it may have been in those nights) actually expected the Invictus to wither without spiritual guidance. But the Sanctified lost stature in the aftermath of the breakup, not the remnant of the Camarilla now calling itself the Invictus — the unconquered — both as a title of pride and as a means of announcing to the Lancea Sanctum that the departure of the Sanctified had not lessened the Invictus in any way.

Though the covenants set out on their own paths long ago, they are on a trajectory that sees them jostling one another a great deal, like the antagonistic siblings they are. At this point, both covenants are over their shared history, and yet they seldom seem to be able to leave cities where the other is found.

Circumstances have placed the Lancea Sanctum and the Invictus on a course that sees them drifting, pressing or clashing into each other time and again. Although each covenant has its own clear identity, both the Sanctified and the First Estate also have a long history with each other, and the disentangling of their destinies is not as easily done as it might seem from the dramatic fallings-out, conflicts and philosophical divorces experienced by some of their Damned.

The Invictus does not share the Dragons’ fascination with change or “redemption.” On the contrary, the Invictus is certain that Damnation is forever, and the best that can be done is to accrue as much power as possible to ease the weight of the ages. Kindred do not change and, ideally, neither should the cities they rule.

In general, it seems that Society Kindred and Dragons find ways to coexist when they recognize that they are in pursuit of different goals. When the Inner Circle seeks to hoard information for itself or when the Dragons seek to dabble in political power, troubles arise. When Kindred are present that can negotiate fair shares or divisions of authority between the two covenants (a joint Invictus/Dragon coterie might bridge the gap), the Invictus and the Order can enjoy the kind of alliance normally associated with the First and Second Estates. (In some Invictus domains, the Order is known as the Secret Estate.)

Circle of the Crone

It’s frustrating to the First Estate that so many otherwise- competent Kindred are lured away from order and defense of the Masquerade by such fringe philosophies. When Acolytes point to Crúac as vindication of their covenant affiliation, members of the Invictus just shake their heads. In the eyes of the First Estate, blood magic is hardly reason enough to abandon efforts to blend in and work with the mortal world. A large number of Invictus Kindred despise the practice of Crúac anyway — any vampire that gains much mastery in it becomes more monstrous and unpredictable, which, in the eyes of the First Estate, is just an invitation to Masquerade breaches and other unsavory behavior.

Many Invictus elders think of the Carthians as a politically oriented prep school or an elaborate obstacle course. Carthian society carries the burden of socializing young Kindred while inadvertently preparing them for long, inevitable years of service to the Invictus.

As far as the First Estate is concerned, the will to power is immortal but the urge to play games and tinker around with political ideologies is not. Most members of the Invictus believe that, in the end, ancillae and elders will grow tired of Carthian games and take their talents and experience where they are appreciated and rewarded, where ancillae and elders are treated the way powerful elder Kindred ought to be treated: the Invictus.

If nothing else, Carthians that never come to understand the attraction of the Invictus are out of the way. Rather than causing internal troubles for the First Estate, rebels and revolutionaries can be driven together into the uncivil pseudo-state of the Carthians, where they bicker and undermine their own revolutions with their disorder. The most savvy modern Invictus see the Carthian Movement as a fortuitous opportunity — a beatable enemy that exemplifies exactly why the modern night needs the First Estate.

The Unconquered of New York