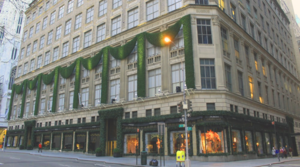 Synonymous with fashion, Fifth Avenue is considered one of the most expensive and elegant streets in the world, a mandatory destination for tourists regardless of how invested they are in the world of fashion, luxury, or haute couture. Fifth Avenue is also a traditional route for many of New York City's celebratory aprades, closing down several Sundays per year for those and other street events. Museaum Mile is technically an extension of Fifth Avenue. The reveal of Christmas window displays of Fifth Avenue is considered a high affair, and the storefronts can get quite competitive with one another.