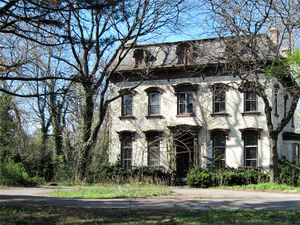 Built in 1864, the Surgeon's Residence at the Brooklyn Naval Hospital gives off a certain haunted house vibe, despite being well-preserved and overgrown by lush greenery. Dr. E. R. Squibb notably developed a potent for m of anesthetic ether here during the First World War, having been struck by the anguish of pained soldiers who had to endure procedures without anesthetic. The endeavor cost him feeling in his fingers, but is considered a medical breakthrough. The grounds also include a cemetery.