“Nurture one wold, nourish the other. Step on my garden though and I'll cut you.”
— Lex Delune 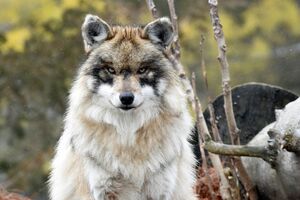 Lex is a tough bitch. Perhaps it's the way she always has resting bitch face, or perhaps its her tendency to challenge what she thinks are bad ideas. Either way, she carries an menacing aura that prompts most trouble makers to think twice.

That's not to say that she's disrespectful though. "The Low Honor The High" is something that Lex embraces, and she is loyal to a fault to The People and their purpose. She's eager to help in whatever capacity she can, throwing herself into harms way for the benefit of others. There's a darker side to her though - she has eyes that have seen things and, while that may be common in a world of darkness, it's clear that something weighs upon her.

Perihelion changed Lex, imparting a greater sense of responsibility and tendency towards leadership. She finds herself alpha of The Hesperides, if only for those rare moments when such distinctions matter. There is a new spiritual sensitivity within the Rahu, and Lex is trying to be the master of her own fate by walking the path of the Bone Shadows.

The Gardener - Lex describes herself as a gardener. Nurturing the world of flesh nourishes the world of spirit, and vice versa. Want to work on a project?
Call Me Loyal (Werewolf) - Lex does not back down from a fight, and will be there to take on much bigger threats so that others don't have to.
Star Jammer - Lex is an absolute prodigy at roller derby - well she was, until she retired. She claims it was her zen place, but one has to wonder if she didn't just love knocking other people over. She played under the name "Anne Garishuz" - maybe you've seen her in action, or were on the Gotham City Rollers with her?
Queer Vibes Save Lives - Lex enjoys the LGBTQIA+ night life, and has recently become the new owner of the iconic bar Last Rites - a home to queer love and Uratha alike.
Lucky Number 10 - Lex is missing the pinky finger on her right hand, despite the regeneration of lost digits being well within the means of an uratha.
The Prodigal Daughter - Lex resisted joining the Suthar Anzuth for some time, despite everyone expecting her to belong there. She seems to have finally embraced her heritage, bearing the resemblance of her tribal totem and ancestral benefactor. She doesn't seem happy about it though.

Vanguard
Lex signed up to be a part of the Vanguard team during the assault on Sing Sing before she had her First Change. She had to be carried out afterwards, but holds staring mortal danger in the face for the Protectorate as a point of pride.


Oath Keeper
Fenton Haywood elected for Lex to take the lead on hunting down those responsible for recent transgressions against the Oath of the Moon - a job that she takes very seriously. 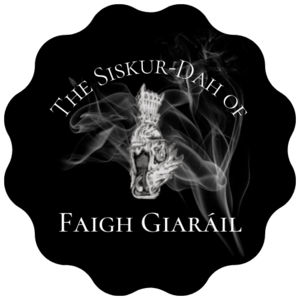 Suthar Anzuth
Lex joined the Blood Talons, but has no love for the Tribe as a whole.

Deathless Lex
Rumour is that Lex died during her tribal initiation, but somehow got better.

The Hesperides seek to preserve and correct spiritual balance by nurturing both Gurihal and Hisil. The wake of Perihelion has left Manhattan as the perfect project. With so many Suthar Anzuth, it's no surprise the pack considers the Asah-Gadar to be a principle antagonist.

Blood of the covenant is thicker than water of the womb, as they say. Some are friends, others are... complicated. Either way, they've left their mark on her.

“The real test is not whether you avoid this failure, because you won't. It's whether you let it harden or shame you into inaction, or whether you learn from it; whether you choose to persevere.”
— Barack Obama