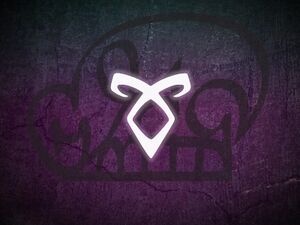 Note: This plot is intended for the Mortal/+ sphere. That doesn't mean that other people can't potentially get involved, especially if someone reaches out to them, but please try to leave the focus of the plot for Mortal/+ characters.

Graffiti is nothing novel in New York, nor are fancier iterations like spraypaint activated by black lights. But lately, some tags with weird runes have started appearing in seemingly random locations, all across each of the five boroughs.